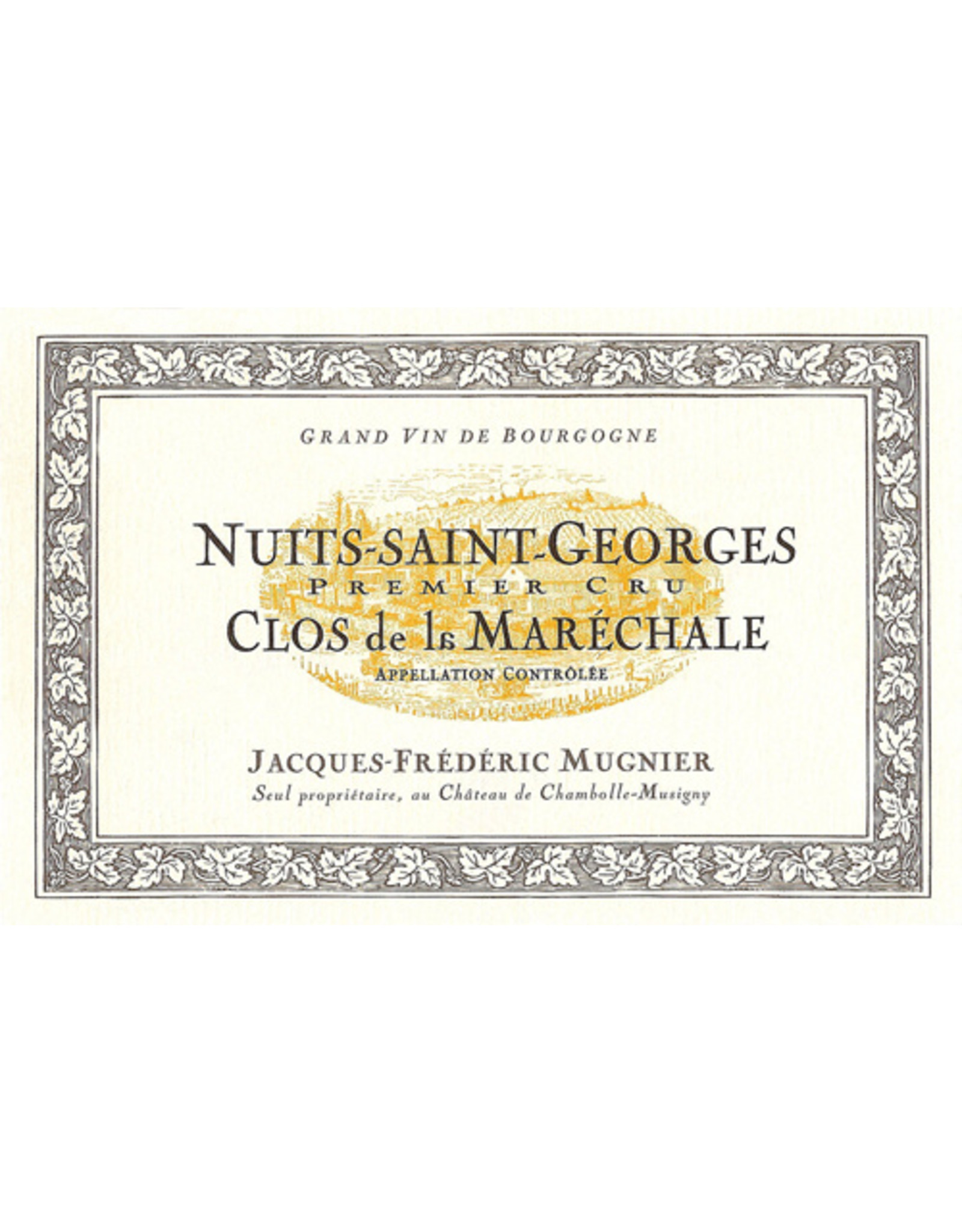 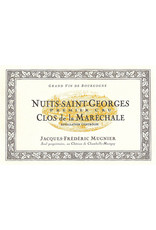 This vineyard is right alongside the route national between Comblanchien and Premeaux. It was owned by the Mugnier family for generations, and it was these fore-fathers that planted the oldest vines in the Clos around World War I. As the family became less involved in the alcohol and wine business, they decided to lease the vineyard long-term to Domaine Flaiveley in 1950. When Frédéric moved to Burgundy and took over the old family house and cellars, the lease was still in effect: it only ended in 2004. Frédéric suddenly went from having 4 to 14 hectares of vines, which necessitated enlarging the family cellars.

Notice anything odd about the label? When Frédéric got the vineyard back, they hired someone to put up an archway over the entrance to the vineyard, only the worker mistakenly installed the "a" in "la Maréchale" backwards. It was decided that they would keep the sign as it was, and the label followed.