Keush is a sparkling wine project from Vahe Keushguerian. Born in Syria and raised in
Beirut, Vahe immigrated to Italy right during the Lebanese Civil War. As a young adult
in Italy, he discovered wine and began working with US importers to introduce Americans
to the wines of Piedmont and eventually started his own winery in Tuscany. But as a
member of the Armenian diaspora, Vahe longed to return to his homeland. In the
mid-2000s, he moved to Armenia. In 2013, Vahe started Keush to showcase Armenia’s
indigenous varieties and viticultural heritage.

Keush is a traditional method sparkling wine made from fruit sourced from Khachik
Village, a mountainous village with a population of less than 900. The own-rooted
vineyards range are situated 1,750 meters elevation and are farmed sustainably by
multi-generational families, many of whom used the grapes for raisin production
during the Soviet era, when winemaking had fallen out of favor. These are among
the highest elevation vines in the northern hemisphere, and among the highest in
the world to produce Méthode Traditionnelle.

Keush Origins is Vahe’s flagship wine made with fruit sourced from various growers in Khachik. Voskehat and Khatouni are co-fermented in stainless to preserve acidity and aged on lees for at least 22 months before release. The label’s embossed design alludes to topography. Origins is Vahe’s expression of high-elevation viticulture and the possibilities of winemaking in Armenia. With ample acidity and strong mineral notes, Vahe recommends Origins as either an aperitif or an accompaniment to stuffed grape leaves, river fish, or roasted chicken 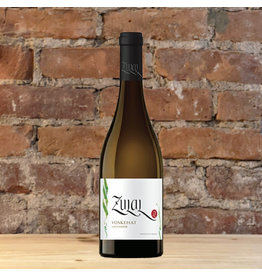 Zulal was founded in 2017 by Aimee Keushguerian, who learned enology while working for
her father at Keush. Voskehat is Armenia’s most well-known variety.
Add to cart
Zulal Armenian Voskehat Dry White, Vayots Dzor, 2019
$20.00 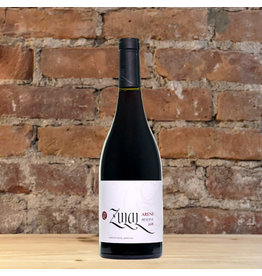 Zulal was founded in 2017 by Aimee Keushguerian, who learned enology while working for
her father at Keush.
Add to cart
Zulal Armenian Areni Reserve Red, Vayots Dzor, 2018
$33.00
Please accept cookies to help us improve this website Is this OK? Yes No More on cookies »